The scale of National’s collapse and Labour’s surge

We are probably all familiar enough with the headline figures by now.

Labour with 64 seats is able to govern alone, National has slumped from 56 seats at the last election to just 35 now, the Māori Party has returned to Parliament by winning Waiariki (incidentally, the only seat where a Labour incumbent lost) and the Greens and ACT are each on 10.

Based on preliminary data from the Electoral Commission, this is what the 53rd Parliament will look like. With 100% of the vote counted – excluding special votes.

There are still hundreds of thousands of special votes to be counted, but there are lot more data available than just the slice of the Party Vote that each party won. That includes figures on advance voting and how the battle for each electorate played out. What can we learn from this?

A disastrous night for National

National lost a whopping 15 of its 41 electorate seats – one went to the Greens’ Chlöe Swarbrick and all the rest to Labour.

Even in the remaining 26 seats, however, Labour ate up a plurality of the Party Vote.

In fact, National won the Party Vote in just four seats – Epsom, Tāmaki, Taranaki-King Country and Waikato. In all but Epsom, the Party is less than 2% ahead of Labour, meaning that its lead could well vanish when special votes are counted. Labour and the Greens tend to fare disproportionately well with special votes.

Even Judith Collins’ own Papakura went to Labour in the Party Vote, although the margin was narrow.

Perhaps no electorate better exemplifies the depths of this failure than the Rangitata seat. The seat has been blue since its formation in 2008 from two other seats, one of which flipped for National in 2005 and the other of which was a true, blue seat dating back to its own formation in 1993.

Labour’s Jo Luxton beat National’s Megan Hands by 3,484 votes – about a 9% margin. In the Party Vote, Labour outperformed even that stonking reversal, leading by a 16.4 percentage point margin. That, however, had more to do with National’s collapse than Labour’s surge – National’s Party Vote came in 8 points below its candidate vote in the electorate.

In fact, National’s share of the Party Vote fell by 50% in 64 electorates and more than halved in nine of them. Five were Māori seats where National rarely registers in the double digits, but the other four were Christchurch East, Manurewa, Rongotai and Wellington Central.

Most of the electorates it lost to Labour were ones it picked up with Don Brash’s 2005 campaign or John Key’s 2008 victory. That is still 12 to 15 years of solid National control erased in a red surge, but a few seats had even been safely blue for decades.

Both Gerry Brownlee and Nick Smith lost the electorates they had held since 1996.

There is a possibility that this trend was beginning to reverse near the end of the campaign.

Labour and the Greens outperformed their overall results in advance voting, indicating either that Labour/Green voters are more likely to vote early or that people were coming back to National by election day.

The difference also filtered through to the electorate competitions. On the advance voting data alone, Labour would have won 11 more electorates, the Māori Party would not have made it into Parliament and National would be down two seats overall.

On the flip side of National’s collapse is Labour’s surge.

While ACT and the Greens both gained seats off the back of National and New Zealand First losing seats, Labour has gained the most ground. The party picked up a net of 14 new electorates and an extra four list seats.

Speaking on election night, Jacinda Ardern suggested her victory may have been buoyed by turnout. Indeed, the Electoral Commission expects some 82.5% of people enrolled to vote before election day will have done so. That tallies up to 2.877 million votes, nearly a quarter of a million more than in 2017. It would also be the highest turnout in percentage terms since 1999.

But that figure does not take into account how many people may have enrolled to vote on Saturday, October 17, 2020 and then done so, an option available for the first time this election.

She too attributed her victory – and the Green Party’s overall climb – to increased turnout.

Before even counting special votes, the Auckland Central vote total is already at 26,509.

While Swarbrick looks likely to edge past Labour’s Helen White in the electorate; she currently leads by 492 votes; it is worth noting that the Greens came in third place in their contest for the Party Vote in Auckland Central.

That indicates that a sizeable number of Labour voters in the electorate may have given their candidate vote to Swarbrick, either because they think that she would make a better constituent MP or as a lifeline to keep the Greens in Parliament as negotiating partners for Labour.

When the Electoral Commission releases its final vote count on or before November 6, 2020 that will contain significantly more data about the split between advance votes, general votes and special votes, as well as granular information about the vote tally in each electorate. In the meantime, Newsroom has provided its analysis of the Party Vote data in each non-new electorate below.

On each chart, the drop-down menu in the search bar directly above will allow you to add or subtract electorates from the comparison.

Party Votes for Labour by electorate

Labour won the Party Vote in every electorate except for Epsom, Tāmaki, Taranaki-King County and Waikato.

Marc Daalder is a Political Reporter at Newsroom based in Wellington who covers Climate Change, Energy, Primary Industries, Technology and the Far-Right. The above article and images have been published under a Special Arrangement. 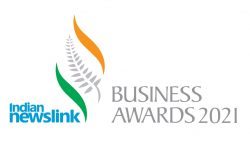