Hazrat Mohammed Mustafa (Peace Be Upon Him) was born on the 12th Day of Rabi Al Awwal (570 AD). He belonged to Bani Hashim, a respectable tribe of Quresh.

His father Hazrat Abdullah died before he was born and at the age of six, he lost his mother Bibi Amina. His grandfather Hazrat Abu Mutalib took the custody of the young Mohammed, but soon he also died.

His uncle Hazrat Abu Talib took the responsibility and raised him under his care.

As a young man, Hazrat Mohammed worked as a camel driver and due to his noble qualities, he was called, ‘Sadiq’ (Honest) and ‘Ameen’ (Custodian).

Soon he established himself as the manager of caravans on behalf of merchants. During his business trips, he came into contact with people of different ethnic groups and faiths. Around 595 AD, he married Hazrat Khadija who was 15 years senior to him.

In 610 AD, at Cave Hira near Makkah, he received God’s Divine Massage through Angel Gabriel.

The massage was, “Proclaim in the name of your Lord who created man from a clot of blood. Proclaim that Our Lord is the Most Generous, who teaches by the pen, teaches man what he knew not.”

His wife Bibi Khadija became the first convert. He started preaching the new massage of God among unbelievers. His message was simple: “Allah the only true God. I am the Prophet, who teaches what I receive from God.”

Hazrat Mohammed faced several threats to his life from the people in Makkah, who wanted to destroy the new Faith.

In 623 AD, he was invited by the people of Yathrib, about 280 miles north of Makkah. He accepted the offer and there with his followers.

This event is celebrated by Muslims as ‘Hijra,’ as the beginning of the Islamic Calendar Year. Yathrib was then named ‘Medinat Al Nabi,’ meaning ‘The City of the Prophet.’

The people of Makkah became very angry and sent 1000 troops but lost to the disciplined forces of the Prophet at Bader. 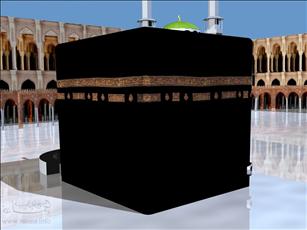 After establishing himself on firm grounds in Medina and defeating many times the invading forces from Makkah, Mohammed formed a strong force of tough warriors in 630 AD. He vanquished Makkah and rededicated the ‘Kabah’ to Allah and saw the conversion of the entire Makkah population to Islam.

He said, “Worship your Lord; offer payers five times a day; observe fast during the month of Ramadan; pay ‘Zakat’ on your property; make Pilgrimage to the Holy Kabah; and whatever I command you, only then will you get to Heaven”.

He also said that there was no superiority for an Arab over a non-Arab or vice-versa and white over black or black over white, except in piety.

“Verily, the noblest among you is he who is the most pious’. Verily I have left amongst you the Book of Allah and Sunnah of His Prophet, which if you hold fast, you may never go astray.”

The Prophet said, “Lord, I have delivered the Message and discharge my Ministry.”

Returning to Medina, he converted thousands of people to Islam.

Over the next two years, Islam reached the entire Arab peninsula less than 100 years after death of our revered Prophet, it reached Al Magrib (North Africa) and crossed the Atlantic and the Eastern side at the Gate of China.