One of the most fascinating and inspiring aspects of the Sikh community is their adherence to traditional values, while blending with the modern world.

In each of the countries in which they are resident, Sikhs practice the teachings of their Founder Guru Nanak Dev Ji and their Holy Book Guru Grant Sahib Ji, while simultaneously merging with the mainstream society.

The Sikh community in New Zealand is a true example of these attributes.

The Gurdwaras are places of worship, found in every city, town and village, which has a resident Sikh community.

Each of them promotes goodwill, understanding, peace and togetherness.

These are venues, which witness the gathering of men, women and children of almost every faith, practicing equality.

Prime Ministers, Ministers, Members of Parliament, businesspersons and ordinary people visiting the Gurdwaras automatically and implicitly follow the rules and practices of Sikhism, enhancing the value of a religion that is marked for its purity and spirit of universal brotherhood.

Energy, enthusiasm and self-confidence are also the qualities of the Sikh community, augmented by public support. 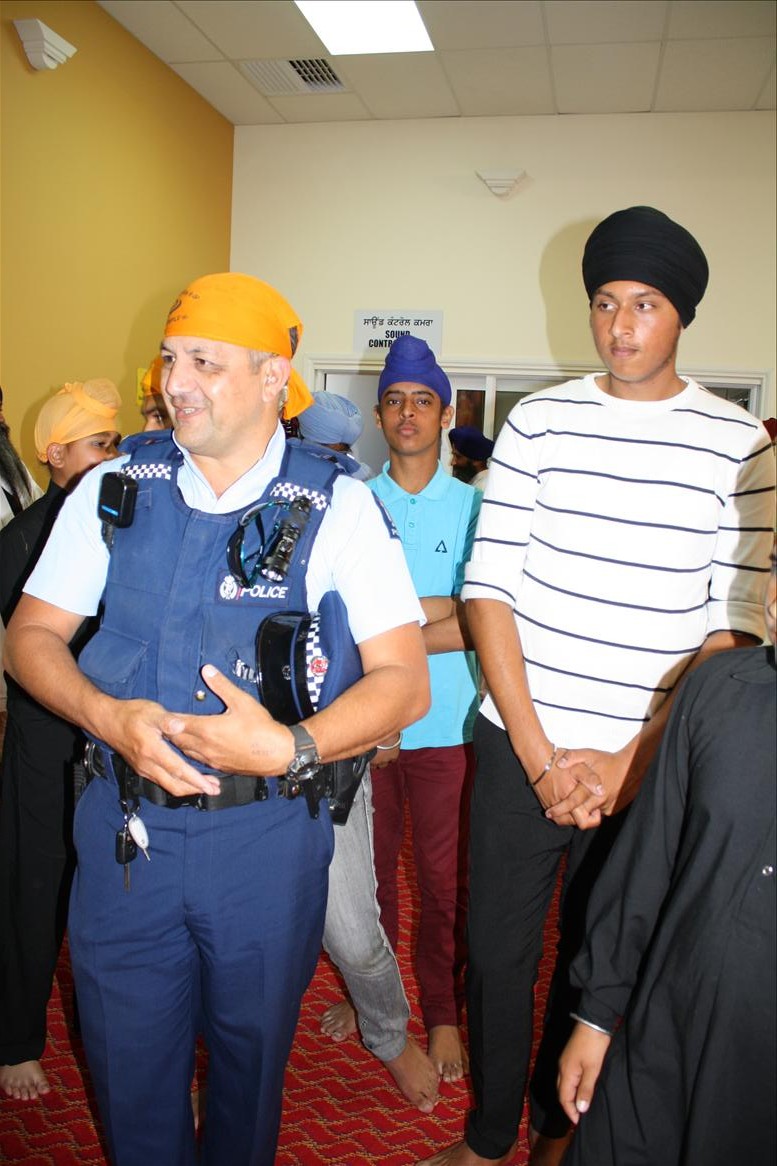 These characteristics are evident at the Gurdwara Sri Kalgidhar Sahib, located at 70, Takanini School Road, Papakura in South Auckland.

Indian Newslink has been associated with the Gurdwara and its officials from the time the idea to construct the huge building with several amenities and facilities were planned more than eight years ago.

Since then, this newspaper has published reports on festivals, special occasions and visiting dignitaries, as it does of other Gurdwaras and places of worship around the country, whenever information is made available.

The arrival of 31 Saroops of the Guru Granth Sahib, which formed the basis of our Special Report in our May 1, 2010 issue, was a special occasion in which we had the honour of participation.

We were with the officials of the New Zealand Sikh Society Auckland Inc, which owns and manages Gurdwara Sri Kalgidhar Sahib at the Auckland International Airport on April 17, 2010 to welcome 31 Saroops of the Holy Book carried by as many Amritdharis, supported by 15 others (a total of 45 persons).

We joined the procession destined for the Gurdwara in Takanini, where a special religious ceremony was held in the presence of guests and devotees.

It is hard to believe that eight years have passed since the $8 million, 8.6 acres complex Gurdwara Sri Kalgidhar Sahib was inaugurated (on March 13, 2005) by the then Prime Minister Helen Clark, making the dream of many come true. 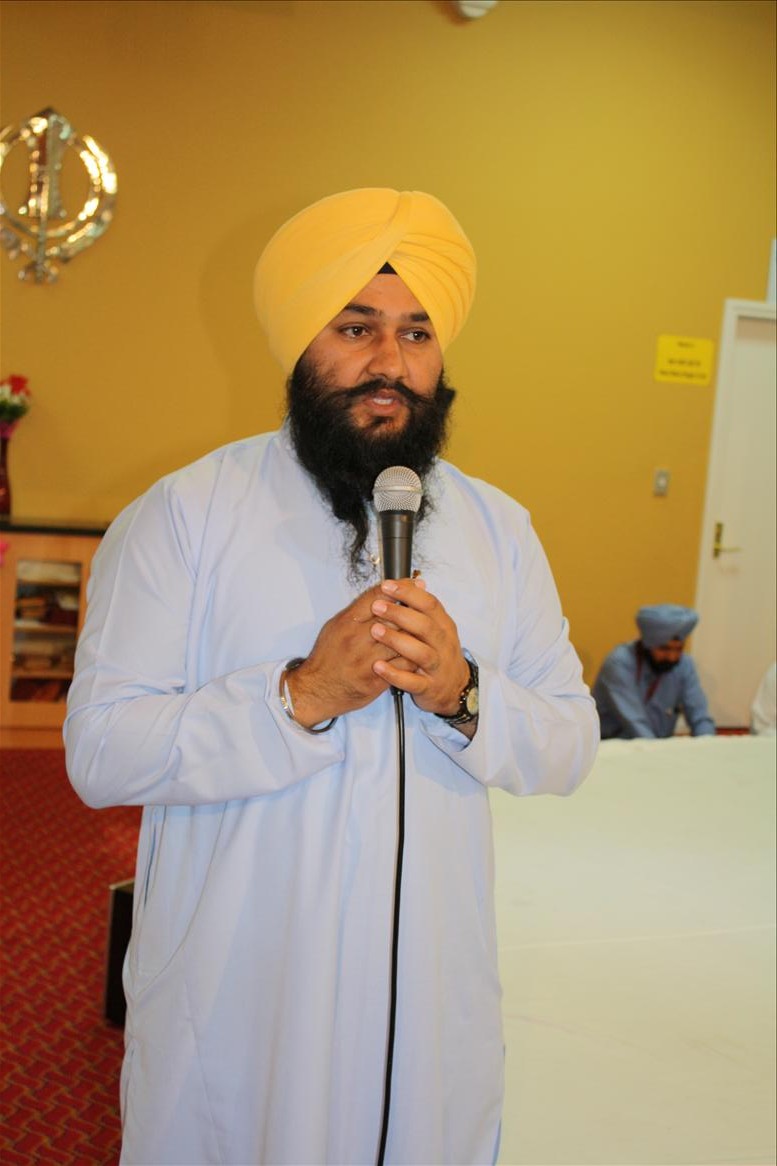 “New Zealand prides itself of diverse communities contributing to the richness of its culture, heritage and languages. The government is committed to promoting an environment in which the many peoples who make up New Zealand can live together in harmony,” Ms Clark said.

More than 20,000 men, women and children thronged the venue to partake in the festivities that included prayers, speeches and Kabaddi.

For a number of office bearers of the New Zealand Sikh Society Inc, which owns the complex, it was an occasion that symbolised community support and companionship.

The past eight years have seen many dignitaries visit the Gurdwara to participate in special events or just a pay a visit to behold the facilities and services offered at this important venue of Sikh worship.

Among them were Prime Minister John Key and many others.

As mentioned in the Indian Newslink Special Report published (February 15, 2004) to commemorate the occasion, it was a tale of hard work, sacrifice, dedication, devotion and commitment of the Sikh community at large and in particular, the officials in charge of the New Zealand Sikh Society Auckland Inc.

It all began with those at the helm of the society, which owns the Gurdwara in South Auckland’s Otahuhu, feeling the need for another, more spacious place of worship and Sikh congregation.

The increasing number of its users had rendered the Otahuhu facility small and was found inadequate to cater to the growing needs of people.

With $4 million in assets, a good cash balance and an excellent record of accounts, the Otahuhu Gurdwara was a pillar of strength for any project. Based on such a strong foundation, the idea to build another facility evolved.

Said spokesman Daljit Singh: “As we brainstormed about a venue, the plot of land in Takanini emerged as a strong possibility. The former Maori Club occupied land was sold to a member of the community and he was happy to sell the plot for the price he had paid.” 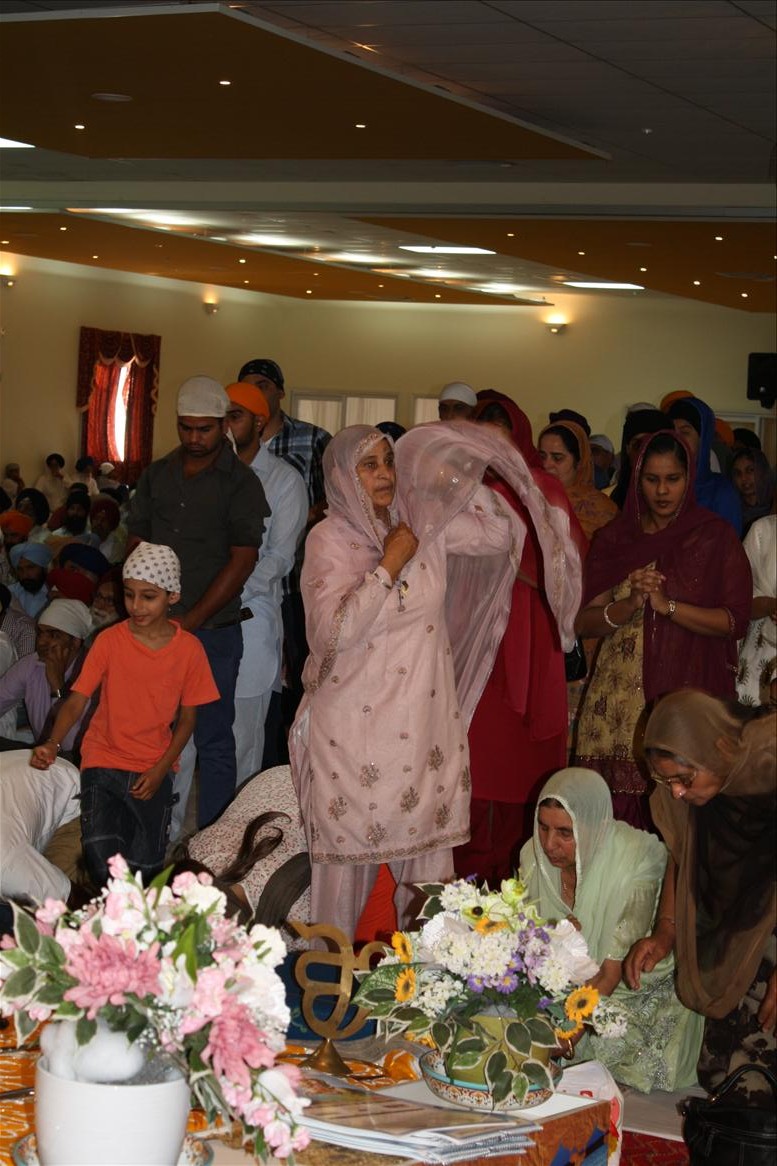 The land issue was settled (it cost no more than $810,000 but the current market value is stated to be $6 million) but painting the larger picture remained.

Tasks relating to construction loomed large – finding the right contractor, suppliers, moving materials and so on remained to be sorted out.

“We still cannot believe what we accomplished. So many members of the community willingly gave their time and money not only to be a part of the project but also to ensure that our dream was realised properly. The Gurdwara is a tribute to their efforts and I cannot thank them enough,” Mr Singh said.

While construction plans were drawn, those in charge of the project had to visualise the future needs so that the facility remained useful and adequate for a length of time. The main Gurdwara complex accommodates two large halls at two levels. The ground floor accommodates a large kitchen, covering more than 220 Sq m.

“It is perhaps the largest kitchen in the world,” Lali Singh said.

As well as accounting for state-of-the-art machinery and equipment, the kitchen comprises freezers, ovens and a wide array of utensils and vessels imported from India.

The main gates, the Khalsa and the domes that adorn the top of the Temple were all brought from India, using the best material available. We did not want to compromise on quality and no effort or money was spared.

The 90 feet flagpole on the foreground of the Gurdwara complex, carrying the flag of the Sikh religion, is a landmark.

The second floor comprises the prayer hall with the sacred Guru Granth Sahib and rooms for people to relax. The third level has a museum with a collection of rare photographs and other materials.

Library, meeting rooms and other facilities are located in another building.

Mobilising financial resources from time to time is always a challenge but with a community that opens its heart and purse wide, there has never been a problem.

We learnt of an occasion when the ongoing payments required $70,000. The amount was raised in less than two hours from a few members who offered more, if needed.

“We have never felt lonely since the project began. Our fellow members and others in the community have been with us offering any type of support required,” Mr Singh said.

Several visitors had arrived from India and other parts of the world for the inaugural, and as Mr Singh had predicted, most of the hotel rooms booked were not utilised, since the members of the community came forward to host them in their homes.

With so many hands, hearts and minds at work, it was little surprise that Gurdwara Sri Kalgidhar Sahib is considered the most magnificent edifice of the Sikh community in New Zealand. Members of other communities and ethnic groups regularly participate in the activities and festivities of the Gurdwara.