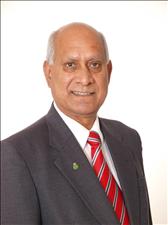 Indian Newslink, a South Asian community newspaper is celebrating its 14th anniversary this week, and I wish to congratulate the publication on this occasion and appreciate its achievements since its inception.

A community newspaper, often provided free of charge, has many objectives, apart from driving income for its proprietor(s).

A community newspaper primarily highlights what is going on in our neighbourhood.

Community journalism, on a micro level, is about providing information on what is happening on issues such as community happenings, politics, business, and various campaigns by social agencies, sports, entertainment and others.

Community newspapers are often ‘mirrors’ reflecting important events for the community that they serve and provide space for community dialogue.

It is one of the most important forms of communications as it impacts people on a daily basis. New electronic media (such as emails, texting, Facebook and Twitter) is now providing huge competition and a disincentive for future continuation of such community newspapers.

Newspapers can be a forum for charities to celebrate the generosity of donors, the calibre of community leaders who serve community in various fields.

A community newspaper focused on the stories of local people is an ideal conduit for local people. In fact, a community paper is a voice that truly echoes the life of our community.

These are some of the yardsticks that will determine whether the Indian Newslink achieved for itself and its readers.

In my view Indian Newslink has been on a pioneering journey, and it has done well in achieving the many objectives highlighted above.

In the face of an on-going onslaught by the electronic media, looking ahead, I foresee the struggles the print media will face in obtaining enough revenue through advertisements. I recall sometimes ago this newspaper trying to charge for on-line reading of the paper, and failed like many other newspapers.

I personally acknowledge the ownership of paper and know that there are number of people involved in publishing this newspaper.

With huge competition from many other ‘Indian’ community newspapers, most of who are struggling for survival, and from the electronic media, there are many challenges ahead for Indian Newslink. I really admire the tenacity of the owners to continue in this environment.

One of the strengths of this newspaper has been to reach out to the wider South Asian community. I congratulate it for being proactive and a leader in unashamedly being ‘secular’ in promoting all facets of our diverse community.

I recall the newspaper behind the celebrations of all our religions, cultures, politics and international relations. I hope that it will continue this tradition and empower all our community.

I also hear comments from many readers that this newspaper is the only one which provides up-to-date news, news analyses, guest articles and editorials rather than a ‘cut and paste’ job.

Once again, congratulations to Indian Newslink on its 14th anniversary

Dr Ashraf Chaudhary was a Member of Parliament on Labour List for nine years from 2002 to 2011. In that capacity, he initiated several events including the Annual Diwali and Annul Eid Al Fitr programmes in Parliament. A separate report appears elsewhere in this issue.