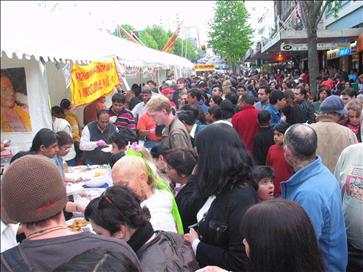 When asked to explain why Diwali is known as ‘The Festival of Lights,’ a four-year-old girl said, “There is light everywhere-of lamps, of crackers, of streets and of cars. None of us seems to sleep, for everyone is busy visiting family and friends and exchanging sweets. Where there is no darkness, there has to be light. Hence the name for the festival.”

Puerile it may be but the little girl’s perception of the Festival was nonetheless correct; that there was no darkness and that there was no sorrow. Fun, frolic and gaiety everywhere. That in essence is Diwali.

The larger meaning of the Festival is the world itself and the life of mortals like us on it. “There shall be no darkness in your home or in your soul. This is the time for prayers, time for giving, time for harmony, time for goodwill and time for all the good things in life. Let your hearts sing with joy for this was the day when evil was vanquished by the good, proving to the world that truth shall always triumph. Light your heart and mind with hope for the morrow, even as you light your lamps and crackers with fun for today,” says a philosopher, explaining the meaning of the Festival to the young.

Diwali may have varied connotations for different regions of the Indian Subcontinent – the beginning of a New Year for some, the end of a season for others; The Goddess of Wealth Lakshmi is at the core of some segments of the community, while it is the tale of Ramayana for those in the North. But none disagrees that it ushers in all the goodness that Mother Nature can offer.

Diwali heralds a new era of progress and prosperity.

The fact that even a festival has diverse concepts speaks a lot for the variety of beliefs and practices that characterises the Indian society and of course the Indian Diaspora.

It is this diversity, which in itself seeks unity of thought and purpose.

Ask any ethnic Indian, irrespective of his or her social disposition or even place of birth, you will know that somewhere along that composite lineage rests a bond that would perhaps date back a few decades or even centuries.

It is such a bond that transcends time and space, making the young and old feel they belong to one hold, one community and one family.

There is something in the Festival that attracts people like a magnet, making them forget, for a day at least, that they are the people of one world and not of diverse beliefs and faiths. 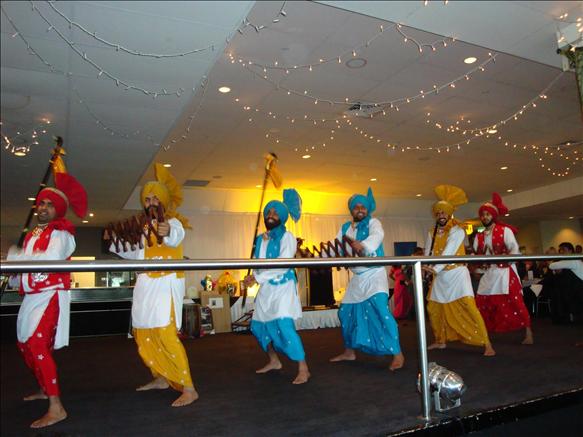 This writer, who resided and worked among a predominantly Muslim population in the Middle East could vouch for the fact that Diwali is a Festival, which brings joy for all, with Arab men and women hosting parties for their Hindu friends, bringing together in the process, people of other faiths as well.

It is not uncommon for ministers, public servants, Arab businessmen and even ordinary people to send out greeting cards, offer sweets and gifts to their Hindu counterparts on the occasion. Banks, commercial institutions and others invite their clients, colleagues and suppliers to dinner to express their gratitude and to celebrate the festival. Contrary to popular belief, save for Saudi Arabia, which proscribes all non-Islamic festivities, Diwali is almost a national festival in other countries of the Arab Gulf. So much for interfaith and harmony.

Again there must be something more to the Festival if it brings together arguably the largest number of men, women and children in the world – more than one billion (almost equal to the population of India) to observe Diwali as a festival.

Hindus, Jains and Sikhs join in a common bond to commemorate the day in a festive mood. Politics and other ailments of the day are given a go by and everyone enjoys in each other’s company.

The Indian Diaspora has carried the tradition to its countries of domicile and despite modern ways of thinking and living, Diwali is celebrated around the world.

The impact that the festival has on children must be seen to be believed.

It is one day in the year when children volunteer to leave their beds long before the day begins, having delayed their retiring there in the first place as long as they possibly can without incurring parental wrath.

In fact, the traditional oil bath at 3 am is the only chore that stands between them and the pre-dawn adventures. As they emerge, scrubbed clean to get into their festive attire and light oil lamps, candles and incense sticks, the wherewithal for setting alight crackers and sparklers.

Family reunion is still in vogue in India, when children are sent a day ahead to their home of their grandparents or to those of their immediate relatives.

It is also customary for the eldest in the family to gift new dresses and crackers while sisters bring home sweets and smiles.

It is that day in the year when no one raises family issues or problems.

All of us raise the hope that things will be better and happier.

At least for a day.