New Zealand joined Britain, Australia and Canada last month to mark the Diamond Jubilee of the reign of Queen Elizabeth II as the British monarch.

Prime Minister John Key paid tributes to the Queen at the Waitangi Day celebrations held on February 6, the day on which she commenced her Diamond Jubilee year.

“The Queen took the throne on 6 February 1952. She has reigned for 60 years, which have been a reign of commitment and service to her realms and territories, including New Zealand.

“On behalf of all New Zealanders, I would like to thank the Queen for her dedication. We wish her well in this Diamond Jubilee year, which begins on the same day as we commemorate the signing of our nation’s founding document,” he said.

In Norfolk, Sandringham, England, the Queen attended a church service on the eve of her 60th anniversary donned in a fur coat and leather boots to keep her snug in the cold and snow.

New Zealand will commemorate the Diamond Jubilee year with a series of festivities and events.

On February 7, Mr Key moved a motion in Parliament congratulating the Queen. 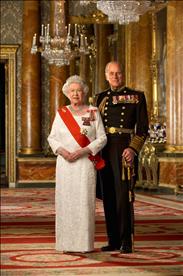 The Auckland Art Gallery exhibition, Degas to Dali, featuring works from the National Galleries of Scotland will open on March 3. Culture and Heritage ministry is supporting the exhibition.

A service to mark Her Majesty’s Diamond Jubilee will be held at 5 pm on March 11 at Holy Trinity Cathedral, Parnell, Auckland coinciding with Commonwealth Day.

Governor General Sir Jerry Mateparae and Lady Janine Mateparae will host the Queen’s Diamond Jubilee celebration dinner of the New Zealand Thoroughbred Breeders’ Association at the Government House in Auckland on May 12.

They will also host the Diamond Jubilee Ball for the Royal Scottish Country Dance Society of New Zealand at the Government House in Wellington on June 30.

As part of the Diamond Jubilee celebrations, New Zealand will host the Prince of Wales and the Duchess of Cornwall in November.

Confirming the visit, Mr Key said, “I look forward to joining with all New Zealanders in welcoming the Prince of Wales and the Duchess of Cornwall to mark this important occasion.”

The pictures show the Queen wearing the Sovereign’s insignia of the Order of New Zealand, the New Zealand Order of Merit, Star, Sash and Badge and the Queen’s Service Order.

The Queen wears the Diamond Fern brooch presented by the women of Auckland in 1953 on her right shoulder.

The Tiara was made in 1830 from diamonds in the possession of King George III and inherited by Queen Victoria. It was worn by the Queen on her wedding day on 20 November 1947.

The Duke’s medal bar gives pride of place to the Badge of a Companion of The Queen’s Service Order, to which he was appointed in 1981.

Buckingham Palace has also issued a prayer, written at the Queen’s direction by the Chapter of St Paul’s Cathedral for the Diamond Jubilee.

It will be used in the Jubilee Thanksgiving Service in St Paul’s Cathedral on June 5, 2012.

Pictures by Julian Calder of London