I had the misfortune of being faced first hand with the tragedy of two needless deaths last month. 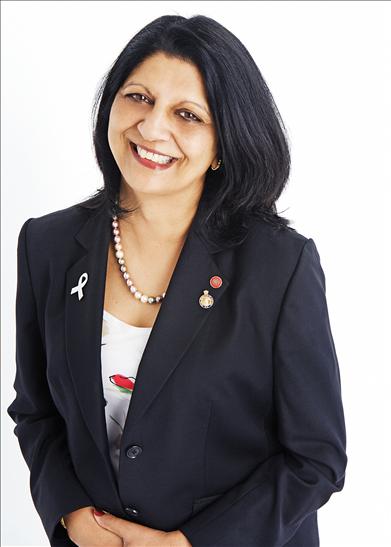 One of them, a 24-year-old man, told his wife to go out with her friends and have fun, saying that he would be late.

The other young man was a 21-year-old student from Punjab.

The woman received a phone call at 9 pm saying that her husband was missing.

What I learnt later was heartrending.

According to a source, someone went into the water for a swim and shortly thereafter appeared to be struggling. The young men jump in, fully clothed, with their personal belongings in their jeans pocket.

They did not know swimming.

The struggling man managed to come ashore but the two men go missing.

There were no lifeguards, swimming signs or indication of any type of help available.

The Police were called but after a while abandon the search since it was nightfall.

The bodies of the young were found the following morning, although it could take up to ten days at Piha beach.

The student was living with his elderly uncle and aunt whose knowledge of English was limited. It was emotionally draining to convey to them the tragic news.

Being with them at the mortuary was an unforgettable experience.

The young woman was also in distress.

With no members of her family in New Zealand, she did not know what to do.

The only ‘family’ she had were those at the Shree Swaminarayan Temple in Papatoetoe, where she was a regular visitor to pray and do voluntary work.

She had the love, understanding and compassion of those people.

I was amazed to see people from the community around her. Among them were the elderly, people with family and international students.

All of us, especially those who have not had the misfortune of going through such a tragedy at such a young age, are vulnerable.

This is not meant to be a sad tale.

I want these deaths to teach us all something.

Two years ago, I organised exclusive swimming lessons for our women at a local pool since they were shy to swim in public.

Ten women attended the lessons, which were held at 7 am.

Only three learnt swimming. The others abandoned the idea.

Later, I asked a number of young migrant women if they knew swimming.

Amused, I queried, “If your son, daughter, friend or relative is at the risk of drowning, how many of you would wait for someone who knows swimming to come to their rescue?”

That was what the two young men had done. Seeing someone in trouble at the Piha beach, they had jumped into the water to save a person who had called out for help.

The young men did not think of their own safety.

We do many things by instinct, without realising whether we are qualified or capable to do them.

We live in a country surrounded by water and many of us go to beaches, waterfalls and such other places where the chances of drowning or seeing someone else in trouble are greater.

I believe that all of us should learn how to swim. Swimming pools are free.

Ranjna Patel is a Director of East Tamaki Health Care based in Auckland. She is also an acknowledged business and community leader.